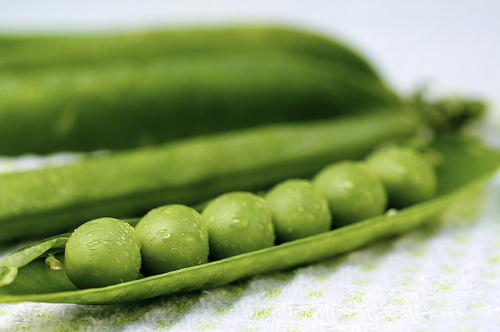 No, Peas are not Paleo! 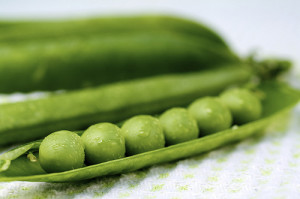 Another type of food that is prohibited in the Paleo diet is legumes. Legume is primarily the fruit or seed of a plant that are grown agriculturally because of their grain seed. It is a dry fruit contained within a shed or pod. Popular legumes include beans, peas, soybeans, peanuts, tamarinds, clover and alfalfa.

Legumes are high in protein and are good for non-meat eaters. They are good sources of minerals like iron, magnesium, potassium, calcium, zinc and fiber.

Why Legumes are Not Paleo?

Legumes such as peas are not Paleo because of its phytates and lectins contents which have been introduced in our previous posts. Phytates bind with food minerals preventing them to be utilized by the body. Lectins on the other hand binds with protein that causes indigestion that can lead to leaky gut syndrome which is a condition where the intestinal lining is broken down, allowing toxins and anti-nutrients to leak into the blood stream.

Saponins are also present in legumes. Saponins are antinuntrients found in almost all legumes. They have a soap-like property that damages the membrane lining of all cells. Because the effect of saponin is directly proportional to the quantity, the more saponin is consumed, the greater damage it can cause.

Almost all legumes contain protease inhibitors. Protease is an enzyme in the intestines that breaks down protein into amino acids to help digest proteins in the body. Protease inhibitors prevent the gut enzymes from breaking down proteins into amino acids, making the proteins less bioavailable. It also makes the other parts of the body especially the pancreas to produce too much enzyme that can lead to problems like chronic inflammation, allergic reaction and even leaky gut syndrome.

There aren’t many nutrients that can be found in legumes compared to consuming real food like meats, fish, vegetables and fruits.  Especially when legumes are cooked, they lose most of their nutritional value. One important thing to take note in the Paleo diet is the nutrient-density of the food you are to include in your diet.

Legumes are also high in carbohydrates and contain FODMAPS, which are carbohydrates that are not easily absorbed by some people, causing bloating, gas and other digestive problems.

But Can Peas be Paleo-Friendly??

Pea is a small spherical seed or the seed-pod of the pod fruit and is a member of the legume family. Peas are one of the few members of the legume family to be sold and cooked as fresh vegetables. Peas are technically legumes so they are not Paleo. But unlike all other legumes, peas can be quite acceptable to be consumed for some reasons:

Legumes are not Paleo and so are peas. Peas may not be as bad as other legumes because of their fewer anti-nutrients that can be safe for consumption. But they too, can’t be nutritious part of a healthy diet. There is little to gain from eating peas compared to eating actual meats and vegetables.

If you wish to consume peas, you might actually do so on occasion. Just make sure to soak, sprout or ferment them to get rid of most of the toxins. Also, don’t make them a staple. Eat them together with quality lean meats and vegetables and you’d probably be okay. J

“Beans, peas and other legumes contain 66 % less protein than either lean chicken or turkey, and 61 % less protein than lean beef, pork and seafood.  What the USDA doesn’t tell us is that our bodies don’t process bean and legume proteins nearly as efficiently as plant proteins – meaning that the proteins found in beans, peas and other legumes have poor digestibility”. – Dr. Loren Cordain

“If you’ve read this far, you might think I’m a big advocate of legumes. That’s not the case. While they do contain beneficial nutrients and fiber (which feeds the gut flora), they are not as nutrient-dense as other Paleo foods—like organ meats, meats, fish, shellfish, eggs and vegetables—and, as I mentioned above, some of the nutrients they contain are not bioavailable due to phytic acid”. – Chris Kresser

The Paleo Diet. Beans and Legiues: Are They Paleo?
http://thepaleodiet.com/beans-and-legumes-are-they-paleo/

Chris Kresser. Are Legumes “Paleo”? And Does It Really Matter?
http://chriskresser.com/are-legumes-paleo/

Crossfit Boston. Why Your Peas Aren’t Paleo (But You Can Eat Them Anyway)
http://crossfitboston.com/why-your-peas-arent-paleo-but-you-can-eat-them-anyway-2/