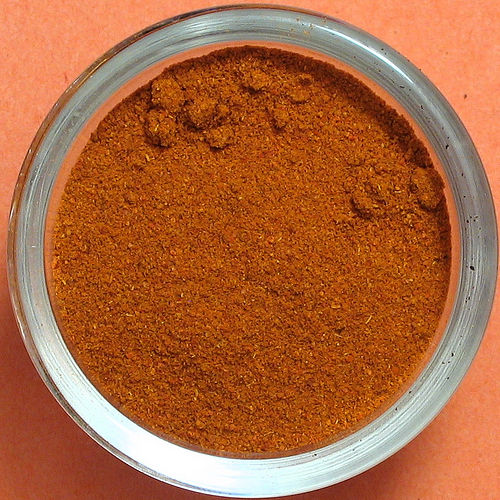 Ohhh… It is Spicy!

Cayenne pepper or red pepper is a member of the Capsicum family that is related to bell peppers, jalapenos and paprikas. It is used to increase spiciness of a dish. The fruit of cayenne pepper is often used in dried and ground form and made into a powdered spice.

A popular spice in a variety of cuisines, cayenne is the main ingredient in hot sauces and is a staple in south western American and Mexican cuisines. It originated in Central and South America and its name is derived from a city in French Guiana named Cayenne. At present, cayenne pepper can be found around the world and is starting to get a reputation for its health benefits.

Cayenne pepper has been used as remedy for certain illnesses and relieving pains and as popular detox and weight loss regimen. This is because of an active ingredient called capsaicin, the same compound that gives cayenne its spicy feature.

Though spicy in nature, cayenne pepper is nutrient dense. It is high in vitamins A and C and contains significant amounts of B vitamins, vitamin E and minerals calcium, dietary fiber, phosphorus, potassium, riboflavin and manganese. It is also rich in beta carotene and other flavanoids that provide powerful antioxidants.

The high amounts of vitamin C in cayenne pepper are even greater than the vitamin C that other fruits contain such as in oranges.

A teaspoon of cayenne pepper is very low in calories, fat, carbohydrates and cholesterol.

Cayenne pepper is a powerful, spicy pepper that is used both as food and medicine and offers numerous health benefits particularly in the digestive and cardiovascular system.

Consumption of cayenne pepper helps in dilating the blood vessels and circulation of blood flow through major organs that accelerate the transfer of nutrients to all cells in the body. It also promotes purification of the blood and arteries by expelling toxins and bad cholesterol and triglycerides.

Cayenne pepper has a positive effect on the digestive system. It helps in producing saliva which is important in healthy digestion. It also stimulates the peristaltic motion of intestines and aids in elimination of bowel. Cayenne pepper also aids in rebuilding the stomach tissues that facilitate healing from stomach and intestinal ulcers. It also increases the flow and production of gastric juices that aids in the metabolism of food and toxins.

Cayenne pepper has the ability to destroy and inhibit growth of cancer cells as reported by the American Association of Cancer Research and capsaicin is responsible for this.

Another notable benefit of capsaicin in cayenne peppers is its pain-relieving properties. Cayenne pepper has been used as remedy for headaches and muscle and joint pains. Capsaicin is currently used in ointments and creams to relieve pain from osteoarthritis, shingles, lower back pain and after-surgery pain.

Often used as remedy for colds, cough and congestion, cayenne pepper may temporarily relieve congestion on the nose and throat. It aids in breaking and moving congested mucus to leave the body and relieving symptoms of colds and flu.

Earning its reputation in weight loss, cayenne pepper speeds up metabolism due to high amounts of capsaicin that gives cayenne pepper its spicy flavor. Regular consumption of cayenne pepper can help in burning calories and suppressing appetite.

Capsicum has antifungal properties that can kill fungus and prevent formation of fungal pathogens.

Consuming cayenne pepper can heat the body and cause it sweat. This is a natural process of detoxicification. Sweating can move the bacteria and other toxins in the body.

Psoriasis is a skin disease that is determined by swollen patches under the skin covered by white scales on top. This is often caused by inflammation and excessive skin production. Capsaicin is used as a topical cream to effectively treat psoriasis by decreasing scaling, redness and itching.

Source of Vitamin A

Cayenne pepper is high in vitamin A which is responsible in maintaining healthy eyesight, skin and neurologiocal function. Vitamin A together with beta carotene that is also present in cayenne pepper, acts as a natural antioxidant that boosts immunity and repair damage caused by free radicals.

Cayenne pepper is known to be a member of the nightshade family and we already know that nightshade fruits and vegetables can cause digestive problems to people who are intolerant to this. Though cayenne pepper is only consumed in low amounts, it is important to be taken in consideration before consumption. When symptoms arise after eating diet with cayenne pepper, it must be avoided.

For the others who do not have this kind of problem, enjoy incorporating cayenne pepper to your diet and indulge on its amazing health benefits.

Other Names for Cayenne Pepper

What Experts Say About Cayenne Pepper

All you ever wanted to know about Cayenne Pepper and Paleo