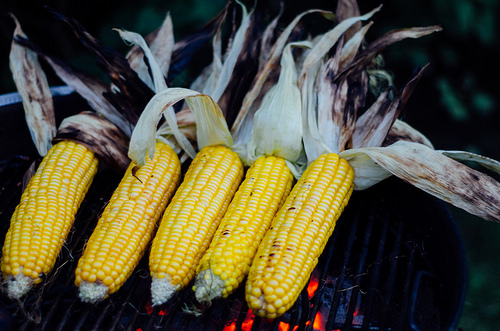 No, Corn is not Paleo! 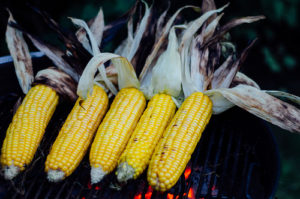 Corn is a Worthless Grain!

Often mistaken as vegetable, maize or popularly known as corn is actually a grain from a native plant in America. It has been a staple in Central, North and South America and has been domesticated for over 8,000 years ago. Corn has been a favorite side dish and for movie-goers, the popped version which ingredients are mostly processed foods. It is the main ingredient in many foods including cereals, snacks and sweeteners such as tortillas, tacos, burritos, polenta, flour, fritters, soups, sauces and syrups.

Corn has many types that vary in color. It can be found in its usual color which is bright yellow and other varieties come in red, pink, black, blue and purple colors. The six common types of corn are dent corn, flint corn, pod corn, popcorn, flour corn and sweet corn.

Since corn is known to be a grain, it is definitely not accepted in the Paleo diet because most corn crops are genetically modified.  Grains are packed with harmful antinutrients that can be problematic to the body. Corn is also the main ingredient in high fructose syrup and the starch found in corn can also be made into chemical products, plastics, fabrics and adhesives.

Is There Any Nutritional Value in Corn?

Corn in its natural form contains some significant amounts of vitamins and minerals like vitamins A, B E, copper, iron, magnesium, manganese, phosphorus and zinc. These nutrients can be lost when highly processed. Corn also contains high amounts of carbohydrates.

While considered as a safe starch, corn has toxic antinutrients that can wreak havoc to the body. It may not contain gluten, but it has compounds like lectins, saponins and protease inhibitors which can cause digestive problems and result to leaky gut syndrome by damaging the gut lining.

Although corn may contain some vitamins and minerals, these nutrients are fewer than most fruits, vegetables and meats. The small amount of nutrition that corn offers is not worth the potential problems it can cause the body. Below are the reasons why you should start avoiding corn:

Corn is the most grown crop in the United States and about 88% of it genetically modified.  GMOs are products that are altered genetically as its name implies. Corn seeds are modified in the lab before being planted so to make them resistant to pests. Based on studies, consumption of GMO corn can have effects such as increased risk for antibiotic resistance, changed gut environment, hormonal function, reproductive system disorders and increased aging symptoms.

Corn is the major component in the manufacture of high fructose syrup (sweetener), corn flour, corn syrup and corn oil. We already know that processed foods are a big No in the Paleo diet as they do not contain essential nutrients to a healthy diet.

Another adverse effect of eating corn is allergic reactions due to protein indigestion. Symptoms may include rashes, swelling of mucus membrane and vomiting.

Corn is high in carbohydrates because of the starch found in it. Starch is known to increase blood sugar level which is not suitable for people who have diabetes.

Because of the high start content of corn, when it breaks down in the large intestine, it produces excess gas that can cause bloating and flatulence. It is also high in fiber which can cause stomach cramps and indigestion when consumed in excessive amounts.

Although starch is gluten-free, it contains prolamines, a type of protein which could not be easily broken down that can cause leaky gut syndrome and IBS.

For most people, corn has become a staple food. When consumed in high amounts, this can cause pellagra, a deficiency of vitamins especially niacin in the body. Corn is deficient in amino acids that protect the body from pellagra.

If you are trying to maintain your weight, you definitely must avoid eating corn as it is a starchy food that is very high in carbohydrates. Regular consumption can result to weight gain.

Other Names for Corn

What Experts Say About Corn

“Corn is the most sugary, starchy, empty grain there is. You’re better off with white rice – seriously. (Not that we recommend eating a lot of white rice, because brown rice is higher in fiber and protein.)” – Mark Sisson

“The major cereal grains – wheat, corn, rice, barley, sorghum, oats, rye and millet – have become the staple crops of the modern human diet. They’ve also become the “poster children” of the low-fat, high-carbohydrate diet promoted by organizations like the American Heart Association (AHA) and American Diabetes Association (ADA). If you say the phrase “whole grains” to most people, the first word that probably comes to their mind is “healthy”. – Chris Kresser

All you ever wanted to know about Corn and Paleo

Mark’s Daily Apple. Corn Is Not a Vegetable

Paleo Flourish. The Quick and Dirty Guide to Corn: Why It’s NOT Healthy or Paleo

Love & Primal. I Still Don’t Get Why No Corn

Livestrong. How Can Corn Affect Our Bodies?