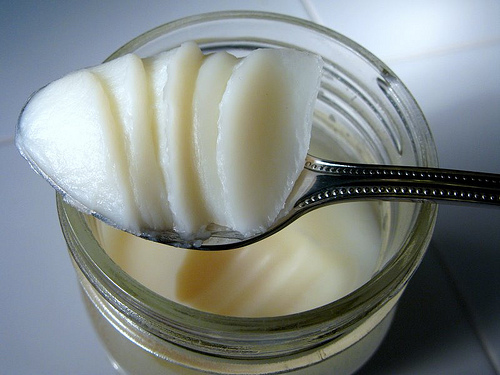 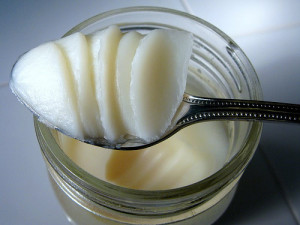 Lard is a pig fat both in its rendered or unrendered form. Traditional people have been using lard for thousands of years and it has become part of their healthy diet.

Lard is a versatile fat and has been used in cooking since 1900. Because lard is stable in high heat; it can be used for baking, frying, roasting and grilling.

Lard can be obtained from any part of the pig as long as there is high concentration of fatty tissue. There are three types of lards.

First is leaf lard, which is the best of all the lards, rendered from pigs as it come from the fat deposits surrounding the kidney and inside the loin. It has very little to no pork flavor. Leaf lard is ideal for baking because of its ability to make pies flaky.

Second is the lard obtained from fatback which is a cut of meat from a pig consisting of layers of adipose tissues under the skin of the back and the muscles, without the skin.

Lastly, the lowest grade of all the lards is the one rendered from the soft caul fat. This is the one surrounding the digestive system of pork like the small intestines. Caul fat is normally used as wrapping or casing for sausages, pates and other meat dishes.

Though animal fats have been implicated as cause of heart diseases and obesity due to its saturated fat contents, which is really not the case. Lard is a healthy cooking fat and like other animal fats, lard comes with many benefits:

There are 2 processes that can be used to render lard.  First is the wet process, where the fat is boiled or steamed in water at high temperature and is then separated using a centrifuge.  Wet rendered lard is lighter in color and has very high smoking point.

The dry rendering process in contrast is done by exposing the pork fat in high heat pan without the presence of water. Dry rendered fat is somewhat brown in color and is not very stable in high heat.

You can actually render lard yourself. It only requires a few easy steps:

What Experts Say About Lard.. Is It Paleo?

“When we talk about lard, lard is a complex mixture of fatty acids. All saturated fatty acids affect the body differently. Work from our laboratory, at Bruce Watkins at Purdue, we actually analyzed the quote, unquote lard, or the adipose tissue of wild animals. What we found is that it contains high amounts of stearic acid. Stearic acid is a saturated fat”. – Dr. Loren Cordain

All you ever wanted to know about Lard and Paleo

Chris Kresser. 5 fats you should be cooking with – but may not be
http://chriskresser.com/5-fats-you-should-be-cooking-with-but-may-not-be/

Livestrong.com. What Fats Can I Cook With in Paleo?
http://www.livestrong.com/article/553737-what-fats-can-i-cook-with-in-paleo/

Weed ‘em Reap. The TOP 3 Reasons Why You Should Be Eating LARD
http://www.weedemandreap.com/top-reasons-eating-lard/

The Paleo Mom. The Science and Art of Paleofying—Part 3 Leavening and Fats
http://www.thepaleomom.com/2012/11/the-science-and-art-of-paleofying-part-3-leavening-and-fats.html

The Healthy Foodie. HOW TO RENDER YOUR OWN LARD
http://thehealthyfoodie.com/how-to-render-your-own-lard/

Other names for Lard