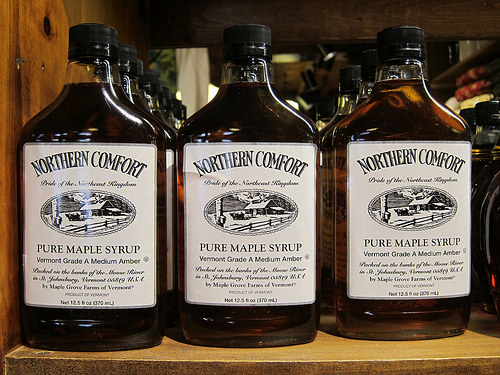 Yes, maple syrup is Paleo, but… 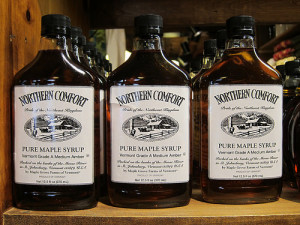 Get the Purest Form As Much As Possible

Maple syrup in its natural, unprocessed form is Paleo because it is a traditional food that has been eaten by people since Paleolithic times. This is one of the only products that directly come from plant sap. It is 100% natural sweetener which is healthier and nutritious compared to the regular sugar and contains vitamins and minerals such as zinc, thiamine, and calcium.

Though maple syrup contains high vitamins and minerals, keep in mind that it also contains loads of sugar. Maple syrup is composed of 2/3 sucrose like in table sugar.  We have discussed on our previous post the harmful effects of sugar. Therefore, maple syrup should be consumed in moderation as anything in excess could definitely cause bigger health problems.

Most of all, make sure to get the good quality, pure maple syrup, not just those commercially introduced in the market as they may be overly processed, nutrient deficient and may contain additional ingredients.

There are 2 types of maple syrups available in the market and it depends on the colour: Grade A and B.  Grade A is further classified into Light, Medium and Dark amber colours.

Grade B is the darkest among the colours and more nutrient dense than Grade A, and is therefore preferred for its nutritional value. Syrup harvested earlier in the season tends to yield a lighter colour and therefore grade A.

The dark syrups (Grade B) have stronger maple flavor and are commonly used in baking and the lighter ones are used as syrups.

Maple syrup is a good source of zinc and manganese that keeps the heart healthy and boosts immune system. The presence of zinc in our body has proven to protect the heart from cardiovascular disorders such as stroke.

The various antioxidant properties of maple syrup can protect the body from diseases brought by free radicals; cancer and diabetes included.

What experts say about Maple Syrup.. Is it Paleo?

“Well, maple syrup defeats agave nectar and white sugar in the antioxidant department, but that’s not very difficult. It’s also been eaten for centuries as a traditional food, perhaps even longer, since the native Americans were producing maple syrup when the Europeans arrived in the Americas. A recent study identified 54 phenolic compounds in real maple syrup, including one dubbed quebecol that actually forms during the process of boiling sap down into syrup. Since honey owes its unique metabolic effects to the presence of dozens upon dozens of phenolic compounds, I would guess that maple syrup is one of the safer sweeteners.” – Mark Sisson

“Maple syrup has gotten a little research attention, and preliminary analytical and in vitro studies show that it has antioxidant and anticancer properties, as well as potential for the management of type 2 diabetes. If you’re just looking for an alternative to refined sugar to use occasionally, all of these are fine sweetener choices; they’re natural, minimally processed (depending on the quality you purchase), and still contain the minerals and phytonutrients that occur naturally.” – Chris Kresser

All you ever wanted to know about Sugar and Paleo

Beyond Black and White. Yummy! Did You Know Maple Syrup is Paleo-Friendly?
http://www.beyondblackwhite.com/yummy-maple-syrup-paleo-friendly/

Chris Kresser. Let’s Take Back Your Health-Starting Now. Does It Matter If A Sweetener Is “Natural”?
http://chriskresser.com/does-it-matter-if-a-sweetener-is-natural