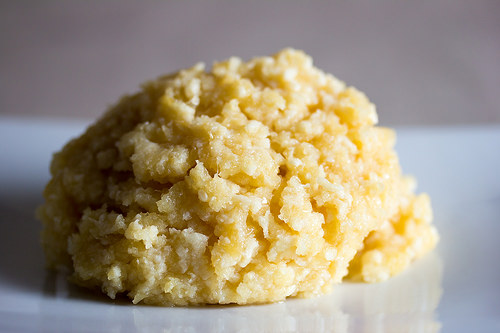 No, Miso is not Paleo but.. 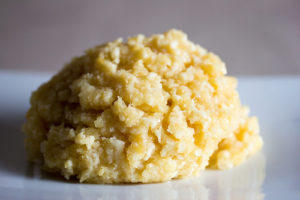 Miso is a product of soybeans fermentation but it is not as bad as soy milk and tofu. Because it undergoes fermentation, the antinutrients phytates and lectins contained in soybeans are reduced during the process and it becomes more digestible. In truth, miso is healthy and nutritious and is a great source of probiotics and isoflavanones which aids in good digestion and have anti-cancer properties.

While miso is not Paleo, it offers nutritional value and health benefits. Miso is rich in protein, vitamins specifically vitamin B2, E, K and minerals such as calcium, iron, choline and potassium. Miso also contains significant amount of dietary fiber.

Miso is a traditional Japanese paste made from fermenting soybeans, salt and koji between 3 months up three years. It is oftentimes mixed with rice, barley, buckwheat, millet, rye hemp seed and cycad. There are also miso that is made from corn, chickpeas, quinoa and amaranth.

Miso has been a staple in Chinese and Japanese cuisine that dates back approximately 2500 years ago and is often used for sauces, spreads, pickles and soups. Its taste is very complex and could be sweet, salty, earthy, sweet and fruity flavor depending on its variety. The color of miso varies from light yellow to dark brown.  Lighter colored miso has gone through shorter fermentation time and has sweeter and less salty taste. Darker colored miso on the contrary is richer, saltier and have more concentrated flavor due to longer fermentation.

Because miso has a large variety, it is often categorized based on taste, ingredients and color. There are several catergories of miso depending on its taste but the three most popular ones are white, red and mixed miso.

Types of Miso Based on Ingredients

Miso is also categorized based on the ingredients used to make it.

So, Is Miso Paleo?

Miso undergoes fermentation process that reduces the anti-nutrients that soybeans contain and it is a good source of vitamins and minerals and probiotics.  The fermentation process also eliminates the toxins in the soy which can reduce the risk of digestive problems. But because miso is a byproduct of soybeans, it is still not Paleo. Fermenting the soy could reduce the anti-nutrients but it could not totally eliminate them. The natural occurring toxins in soybeans could contribute to many health problems. While the Paleo diet encourages consumption of fermented products, it should be taken into consideration that soybeans can have harmful effects when consumed regularly.

Miso could not be a problem to many but it should be definitely avoided by those with existing digestive problems.

What Experts Say About Miso… Is It Paleo?

“As I’ve said before, soy really needs some form of preparation before it’s safe to eat, and that in and of itself gives me pause. That said, minimally processed soy forms like fermented tempeh and miso as well as edamame seem like preferable options.”  – Mark Sisson

“Long, slow fermentation (as in the traditional production of miso, tempeh and soy sauce) gets rid of the phytic acid and other digestive inhibitors but not the phytoestrogens in soy.” – Chris Kresser

All you ever wanted to know about Miso and Paleo

Eat Drink Paleo. Why I Eat Miso & My Favourite Way To Use It