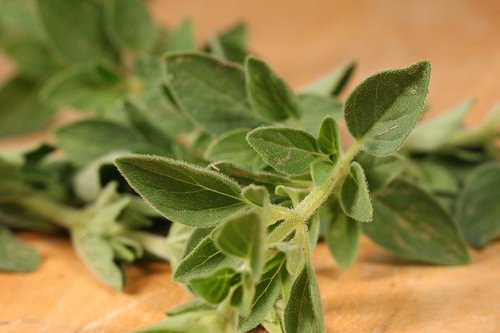 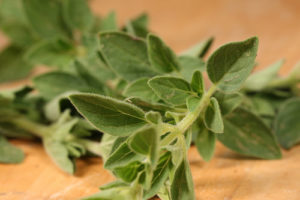 And it is More Flavorful When Dried!

Oregano, known as Origanum vulgare, is a widely popular herb used for the flavor of its leaves that enhances the taste of food. Its name means mountain joy and has been a symbol of happiness of the ancient Greeks and Romans.

Oregano is a small shrub with multi-branched stems covered with small spade-shaped olive green leaves and small white or pink flowers.  The strong taste of oregano comes from the  chemical compounds  carvacrol,  thymol,  limonene,  pinene, ocimene, and caryophyllene. Its flavor is more powerful when it is dried, compared to other herbs.

Oregano is closely related to mint. The leaves of this herb are the most commonly used part of the plant. Oregano has a warm, balsamic, aromatic, robust taste and is perfect for Mediterranean and Mexican dishes. It is native in Eurasia and has been used both for culinary and alternative medicine purposes for thousands of years.

The concentrated oil of oregano is used to treat several conditions. It is used as an antimicrobial, fighting off colds and as treatment to muscles aches and sores. In culinary, it is normally used in salad dressings, pizzas, vegetables, soups, curries and meat dishes and is best combined with spicy foods. Not only that oregano can add taste to a dish, but in some countries like in the Philippines, it is used to eliminate the odor of carabao or wild buffalo when boiled.

As with many herbs, oregano contains high levels of vitamins, minerals antioxidants and flavanoids which make it a nutrient-dense herb. Oregano contains vitamins A, B6, C and K and minerals calcium, copper, iron, magnesium, manganese, potassium and zinc. It is also a good source of fiber.

Oregano has been thought to have more antioxidants compared to some fruits such as apples. The chemical compounds found in oregano, carvacrol for example, have antimicrobial properties that can boost immune system. Other compounds present in oregano have anti-inflammatory and anticancer properties too.

Aside from its medicinal purposes, oregano has health benefits that not most people know.

Oregano has high levels of antioxidants and antibacterial compounds that are effective in killing E.coli and staph bacteria. It contains volatile oils including thymol and carvacrol which can inhibit growth of bacteria in the skin, gut and other parts of the body. Oregano acts as a stimulating agents that increases the production of white blood cells and speeding up recovery from illnesses.

Beta-caryophylin is a substance found in oregano that is known to inhibit inflammation and reduce risk of osteoporosis and atherosclerosis.

The high amounts of antioxidants and flavanoids in oregano can protect the body from certain cancers. Carnosol is a phytochemical found in oregano which has been evaluated for its anti-cancer property. Rosmarinic and thymol in particular can prevent damage of oxidative stress in the body.

Like rosemary. Oregano contains rosmarinic and thymol compounds which are strong antioxidants that support immune system health. It helps in reducing oxidative stress in the body and keep the body away from diseases.

Oregano contains loads of fiber which is helpful in providing bulk in stool for easier elimination. Fiber also helps in maintaining gut health and increasing nutrient uptake in the body.

Fiber-rich foods can also lower levels of bad cholesterols and reduce inflammation in the cardiovascular system. This includes oregano. It has a natural form of omega-3 fatty acids that improve heart health, preventing heart diseases such as atherosclerosis, heart attack and stroke.

Oregano provides significant amounts of vitamin K and minerals calcium, iron and manganese which are essential for healthy bones and structure. These can protect against osteoporosis.

Other Names for Oregano

What Experts Say About Oregano

“Oregano is a strange herb in that its dried form confers a more potent taste than the fresh leaves, so don’t feel too bad about using the dried stuff. It works just fine, and it retains most of its antioxidant capacity even when dry as a bone. And a bountiful, impressive antioxidant capacity it is, what with its ability to reduce the formation of carcinogenic and atherogenic compounds when added to cooking hamburger meat.” – Mark Sisson

All you ever wanted to know about Oregano and Paleo

Cavewoman Cafe. Oregano: The Herb of the Love Goddess

Mercola. What Are The Health Benefits of Oregano?