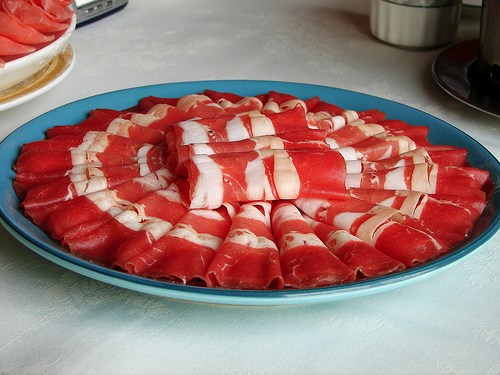 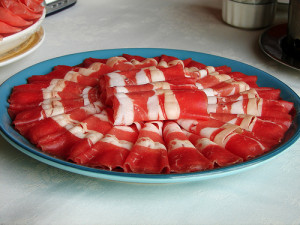 Some foods are best consumed raw. In fact, eating lots of raw foods is a feature of a healthy diet. Raw foods are necessary for digestive efficiency and normal bowel movement and they supply us with high nutrients.

Some fruits and vegetables undergo significant change after cooking, losing their nutritional value, so it is recommended to eat them raw.

While it is true that cooking destroys some nutrients of food such as Vitamin C and forms toxins (carcinogens) especially when cooked in very high temperature, more nutrients are made absorbable too upon cooking. When food is cooked, like in vegetables, potential digestibility and absorption of nutritious compounds dramatically increases.

Based on recent studies, the human body absorbs more anti-cancer compounds such as carotenoids and phytochemicals from cooked vegetables compared with raw.

As with meat like beef, chicken or fish, it is better to be eaten cooked. Cooking meat kills bacteria, parasites and other viruses that you may get upon ingesting them and it reduces the chances of getting illnesses from parasite infections. Cooked meat and fats allow us to take in enough calories to fuel our brains.

Whether the food is raw or cooked, we should take note that in the Paleo diet, the type and source of the food is always to be considered. If you prefer to eat raw meat or vegetables, just make sure that they are Paleo-approved and are sourced from a good farmer.

What experts say about Raw Foods.. Is it Paleo?

“Organized stone hearths (and hence the first concrete evidence for the control of fire) probably did not occur until the appearance of Neanderthals roughly 200,000 years ago. So prior to this time, humans probably did not cook their meat. I do not recommend, however, eating raw or slightly cooked meat because of potential bacterial contamination”. – Loren Cordain

“By the time it gets to you, all food is dead. The fresher the better so as to obtain more vitamins, minerals and nutrients, but it’s not “living”. If you want to eat raw vegetables and fruits and nuts to obtain more nutrition, I’m all for that. But there’s nothing spiritual about it, and subsisting on raw food to the exclusion of some cooked foods could ultimately be unhealthy”. – Mark Sisson

All you ever wanted to know about Raw Foods and Paleo

Ben Greenfield Fitness. What Raw Vegans Can Teach Us About Paleo: 12 Lessons For Supercharged Living.
http://www.bengreenfieldfitness.com/2014/06/vegan-vs-paleo/

Paleo Mom. Vegetables: To Cook or Not To Cook
http://www.thepaleomom.com/2012/01/vegetables-to-cook-or-not-to-cook.html

Beyond Vegetarianism. Natural toxic constituents in food, and effect (or absence of effect) of cooking
http://www.beyondveg.com/tu-j-l/raw-cooked/raw-cooked-1g.shtml