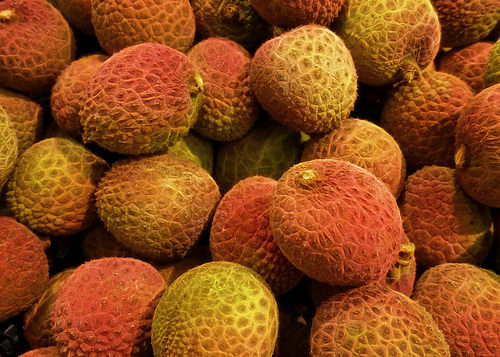 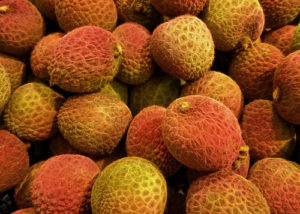 An exotic, tropical fruit that is native to China, lychee or litchi is a Paleo fruit which has been cultivated for more than 4000 years. It is generally eaten fresh with its prickly pinkish outer shell removed. The inner flesh of lychee is a soft white or pink pulp with a delicate, juicy and sweet taste that surrounds a small, hard, inedible seed.

Lychee comes from the soapberry family and the two main varieties are rambutan and longan. Rambutan is bright red in color with spikes and longan has a more orange color with smoother outer shell.

This delicious fruit is often used as a flavor in cocktails because of its unique scent. Lychee is primarily eaten as a dessert fruit in Asia. As it has become so popular, lychee can now be found in most supermarkets.

Lychee is mostly carbohydrate and water with minimal fat and protein. It is high in vitamins C and contains moderate amounts of phytochemicals. Lychee has significant amounts of vitamins, minerals and nutrients including vitamin B6, copper, folate, magnesium, manganese, niacin, phosphorus, potassium and riboflavin. It is also a very good source of fiber and antioxidants.

Lychee is a nutritious fruit with a wealth of health benefits, including but not limited to its ability to boost the immune system, prevent cancer, improve digestion, build strong bones, lower blood pressure, defend the body against viruses and improve blood circulation.

Other Names for Lychee

All you ever wanted to know about Apricot and Paleo

Food Facts. Mercola. What is Lychee Good For?