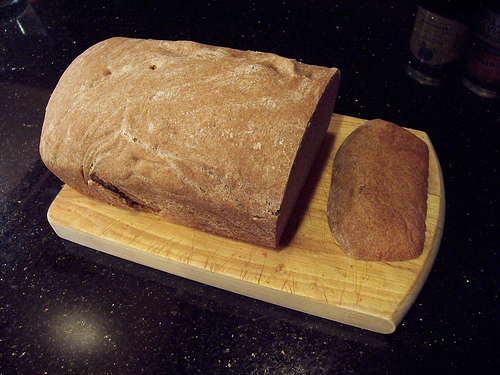 No, Wheat is not Paleo! 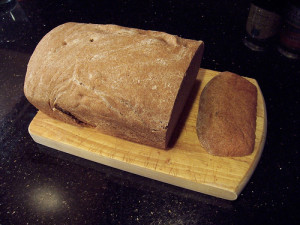 Wheat is a cereal grain that originated from the Levant Region of Near East and is not cultivated worldwide.  It is the third largest crop in the world next to rice and corn. Raw wheat is used to make flour by grinding it and undergoing several processes. Flour is one of the most available ingredient in making bread, cookies, cakes, crackers, pasta etc.

We were used to eating these foods as they were thought to be healthy. But the truth has been revealed! Wheat should be avoided because it can cause serious problems in the body.

To start with, wheat is high in carbohydrates. We are already aware that carbohydrates are broken down into glucose quickly in the gut or liver to be used as energy. Any excess carbohydrate in the body will be stored as fat.  This process can cause a spike in the blood’s insulin level.  High insulin levels can prevent the body from burning fat that can eventually increase the risk of obesity and diabetes.

Wheat is low in nutrients. More so, it has been associated with mineral deficiencies because of its high phytate levels. Phtytic acid is a mineral blocker present in almost all grains that prevents the absorption of minerals such as calcium, copper, iron, magnesium and zinc by binding with them.  It can also reduce the body’s ability to process vitamin D.

Gluten is a large, sticky, water soluble protein that is the main protein found in wheat and other grains like rye and barley. It is the one responsible for providing elasticity and pliability in dough and acts as anti-nutrient. What gluten does to bread is similar to what is does to our stomachs. Naturally, the gut lining of the stomach is permeable to let certain nutrients in the blood stream while others digested inside the stomach. When gluten enters the body, it sticks to the gut lining that prevents the nutrients from passing through and even let toxins and undigested food out to the blood stream. This is called the “leaky gut syndrome” and this is bad because it can have adverse effects such as allergies, inflammation,  digestive and autoimmune diseases like arthritis, Hashimoto’s disease, eczema and celiac disease to name a few .

Lectin on the other hand is a natural toxin used by plants to protect them from being eaten and is normally concentrated on the seeds. WGA or wheat germ agglutinin is the lectin present in wheat. They are small and cannot be easily digested.  WGA can damage the gut lining, compromise intestinal bacteria and can cause leptin resistance which is a pre-diabetic condition where the hunger signal of the brain is suppressed making your body hungry even it still has enough calories.

Wheat May Be Addictive

Though not proven yet and may be true to some, wheat may be addictive. When gluten in wheat is broken down, they form peptides called gluten exorphins which are able to stimulate the opiod receptors, the brain receptors similarly stimulated by drugs like morphine. So when you eat wheat, there is a tendency that you would crave for more.

Grains especially wheat were not part of the human diet prior to the Agricultural times.  Wheat can wreak havoc to one’s health because of several reasons: It can cause a spike on the insulin levels that can lead to obesity and diabetes; both the gluten and lectin contents of wheat can cause autoimmune diseases and gut inflammation; the phytates in wheat can block the absorption of essential minerals in food and lastly, wheat can have an addicting effect to a person which can make him eat more.

Whatever nutrients you can get from wheat, you can get in equal or greater amounts in other food. It is better to avoid wheat than to be sorry for the rest of your life. :)

What Experts Say About Wheat… Is It Paleo?

“There’s no human requirement for grains. That’s the problem with the USDA recommendations. They think we’re hardwired as a species to eat grains. You can get by just fine and meet every single nutrient requirement that humans have without eating grains. And grains are absolutely poor sources of vitamins and minerals compared to fruits and vegetables and meat and fish.”-  Dr. Loren Cordain

“Consumption of wheat can lead to vitamin D deficiencies which may be why we see increasing rates of disease and even osteoporosis.  It damages the gut lining and increases inflammation”. – Robb Wolf

“We do not need grains to survive, let alone thrive. In fact, they are naturally selected to ward off pests, whether they be insects or hominids. I suggest we take the hint and stop eating them”. – Mark Sisson

All you ever wanted to know about Wheat and Paleo

Paleo Leap. What is Wrong with Grains
http://paleoleap.com/what-is-wrong-with-grains/

Wellness Mama. How Grains Are Killing You Slowly
http://wellnessmama.com/575/how-grains-are-killing-you-slowly/