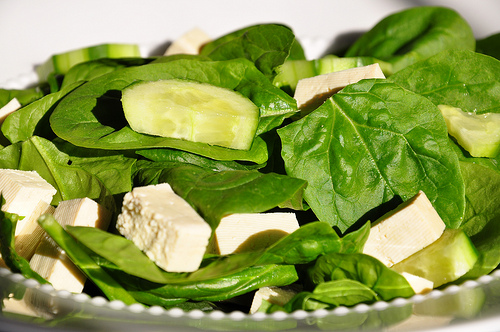 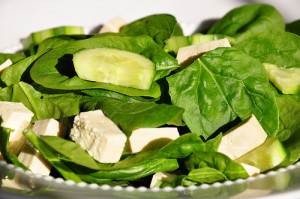 Spinach is a soft, green, leafy, flowering plant from the Amaranthaceae family that includes beets and quinoa. It is thought to have originated in ancient Persia several thousands of years ago and was introduced to other countries like India, China and Europe.  To this day, dishes with spinach are known to be “Florentine” because Catherine de Medici, a queen of France born in Florence insisted to eat spinach at every meal.

There are three types of spinach. The first one is the savoy, one with dark green, crinkly and curly leaves. In the United States, it is sold in fresh bunches in most supermarkets.

The second type of spinach is Flat or smooth-leaf spinach. It has broad and smooth leaves that are easier to clean compared to savoy. It is often grown for canned and frozen spinach.

Semi-savoy is the last type of spinach which is a hybrid with slightly crinkled leaves. It has the same texture as the savoy but not that difficult to clean. It is grown for fresh market and processing.

When we were kids, Popeye the Sailor Man is one of the all-time favorite cartoons that we loved to watch. We saw how Popeye consumed a lot of spinach to become strong and beat his enemy Bluto and save his wife Olive. Below is a list of benefits that one can get from eating spinach:

But Doesn’t Spinach Have Oxalates?

Oxalates are antinutrients that bind with minerals making it difficult to absorb other important nutrients like iron and calcium. Oxalates are normally found in dark green colored-vegetables like spinach. High oxalate levels can cause certain digestive conditions.

For most people oxalates is not a problem especially those with healthy gut. But other conditions can elevate calcium or oxalate in the urine that may increase the risk of kidney stones. Most kidney stones have oxalates.

Yes, spinach contains oxalates but it doesn’t mean you can no longer eat it. Cooking might help in reducing oxalic acids in spinach.  But moderation is always a key in maintaining balance in the body’s nutrients. Including lots of other fruits and vegetables especially those containing vitamins C and magnesium, together with spinach can help in balancing the vitamins and minerals in the body.

What Experts Say About Spinach.. Is It Paleo?

“But what about the muscles? Well, the reality is, spinach probably isn’t going to give you super human strength (or gargantuan muscles ala Popeye), but when it conveys this many other health benefits, perhaps it makes sense to keep on eating it and plan on outliving – as opposed to straight pulverizing – Bluto”. – Mark Sisson

Click here to see what other vegetables are Paleo

All you ever wanted to know about Spinach and Paleo

Mark’s Daily Apple. Why You Should Eat Leafy Greens
http://www.marksdailyapple.com/why-you-should-eat-leafy-greens/#axzz3WblGOvZx

Robb Wolf. Fear and Loathing at the Dinner Table
http://robbwolf.com/2011/11/02/fear-and-loathing-at-the-dinner-table/

Got digestive problems? Take it easy on the veggies.
http://chriskresser.com/got-digestive-problems-take-it-easy-on-the-veggies

The Paleo Diet. What to Eat on a Paleo Diet
http://thepaleodiet.com/what-to-eat-on-the-paleo-diet/

Other names for Spinach