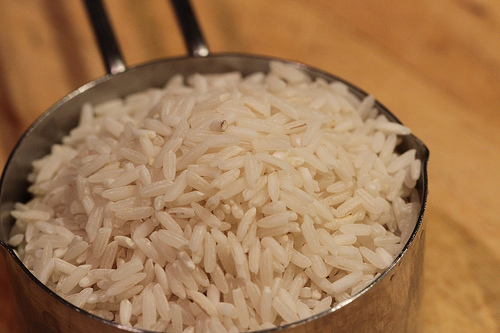 White Rice is not Paleo but… 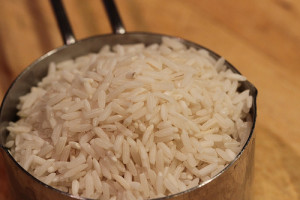 White Rice is the Safest of All Grains!

White rice is a refined starch of the whole rice grain. A whole rice grain has 3 main parts: The bran which is the outer layer of the grain that contains high concentration of fiber and nutrients; the germ that has a small concentration of vitamins and folates; and the endosperm which is the remainder of the grain that is mostly starch. White rice is mostly starchy carbohydrates and low in nutrients.

On our previous post, we discussed that grains are not Paleo because of the gluten, lectin and phytates it contain that can cause autoimmune diseases, mineral blocking properties and its effect on the insulin level response. Rice is a grain so therefore it is not Paleo.

Since white rice only came from the endosperm of whole grain, its phytate and other toxic levels are apparently low. It can be easily absorbed and digested making it a safe starch.  The starch in white rice is a benign fuel source for the body but with exception to those people who are suffering from conditions like diabetes and leaky gut syndrome where the body cannot tolerate starch.

It is true that rice has lectins called haemagglutinin lectin. It binds with carbohydrates and blocks nutrient absorption. But not as bad as wheat germ agglutinin in wheat, soaking, fermenting, parboiling and cooking white rice can deactivate lectin’s toxicity. White rice is the safest among grains that it cannot block vitamin and mineral absorption and cause gut irritation.

While white rice is a grain, it is not as bad as wheat.

Can White Rice Be Paleo?

White rice can be the least harmful among all grains because of the low toxins it has but it still can affect the blood’s insulin production. It is even considered a processed food because of the way the bran is removed from the whole grain to become white rice. Some white rice is even enriched with vitamins and minerals during production.

Grain is still grain. White rice is grain and all starch.  And starch just turns into sugar in the digestive system.  Therefore, it cannot be Paleo!

But if you are someone who is trying to gain weight, active and works out a lot, not devoid of nutrients and do not have conditions like diabetes, small amount of white rice occasionally is probably okay provided that you incorporate lots of meat, vegetables and fruits in your diet. :)

What Experts Say About White Rice… Is It Paleo?

“Not many nutrients, pretty high in starchy carbs – eating white rice and nothing but will lead to nutritional deficiencies fast, but not because white rice is leeching nutrients from you. It’s simply a matter of displacement. White rice replaces other, more nutritious foods, and in some cases, it acts as a vehicle for negative foods, like rancid oils and sugar.” – Mark Sisson

All you ever wanted to know about White Rice and Paleo

The Paleo Model. Why White Rice is Healthier than Brown Rice
http://www.thepaleomodel.com/2014/07/why-white-rice-is-healthier-than-brown.html