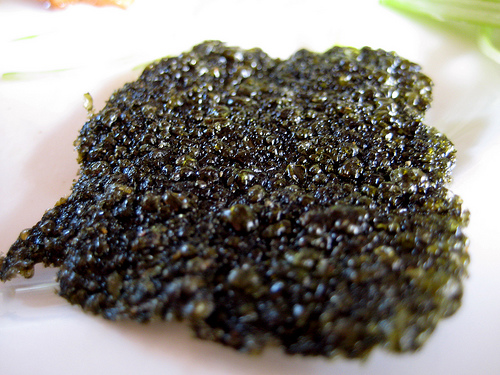 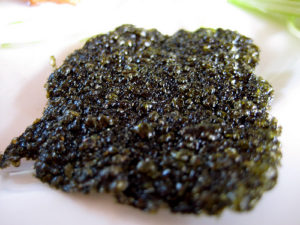 Neither a Vegetable nor Fruit

Seaweed belongs to the group of marine algae. Edible seaweed typically comes in three varieties: brown, green and red seaweeds. The most commonly eaten seaweeds are the brown ones which include kelp and wakame and then the red one which is nori.

While it is often called as sea vegetable, it is neither a vegetable nor fruit. Seaweed is consumed mainly by people living near the coastal area. It is most abundant in Asia and popular in Japanese, Korean and Chinese dishes but has been popular and made its way to other cuisines such as American and European.

Interestingly, seaweed can be a good alternative to salt and can also add flavor to a dish.

There are three main varieties of seaweed namely red, brown and green. There are more than 200 types and the popular ones are listed below:

The most popular type of the red algae, nori is a traditional food used to make sushi. It is the mildest form of seaweed, and comes in roasted sheets or squares. Compared to all the other seaweed, nori is fairly low in minerals and other nutrients but it is definitely far from nutrient-deficient. Nori can be a good source of vitamins B and C with fair amount amounts of zinc and iron.

Kelp is the most readily available type of edible seaweed. Kombu and wakame are the popular forms of edible kelp on Asian countries. It is normally found in dried form and soaking it makes it edible. Kelp cna also come in granulated formas salt replacement. A quarter teaspoon of kelp can give plenty of iodine.

Kombu is a type of edible kelp. It is a brown algae which is widely sold and eaten in Japan. It is usually sold in dried pieces. Kombu is an all purpose seaweed and is most regularly used for soups and sashimi.

Wakame is another popular edible type of kelp seaweed and is served as a luxury food on Japanese and Korean restaurants. It is highly sought after bean-curd soup or salads. Wakame appears in miso soups and other simple broths. It has the same nutrient composition as kombu and other kelps in terms of iodine, magnesium and calcium.

Another type of edible kelp is Arame.  It is primarily used in Japanese, Chinese, and Korean cuisines but can also be found in Peruvian and Indonesian dishes. Arame has a sweet, mild flavor.

Another type of red seaweed is Dulse. It has less iodine (by most accounts, about 1/5 of the amount) than kombu, with high amounts of magnesium and calcium. It’s often shredded, dried, and sprinkled on soups, but fresh dulse can be sautéed with butter and garlic, or rubbed with olive oil and salt and roasted in the oven to make chips. Dulse also comes in  flakes, similar to granulated kelp.

Also known as carrageen moss, Irish moss grows along the rocky Atlantic coasts of Europe and North America. When heated in liquid, It softens into a jelly-like substance. The Irish and Scottish boil Irish moss to make a tapioca-like pudding dessert. Irish moss is high in iodine, magnesium, calcium, manganese, zinc and bromine.

Alaria Esculenta is a traditional seaweed found in the far north Atlantic Ocean, Greenland, Iceland, Scotland, and Ireland. It is a brown seaweed with a large central rib, from which wavy membranes shoot out on either side. Alaria was traditionally dried, then added to soups and stews. Alaria Esculenta is also called dabberlocks, badderlocks, or winged kelp.

Laver is an edible seaweed used to make laverbread. It is commonly found in the west coast of Great Britain and east coast of Ireland.It has smooth texture.Laver has high content of dietary minerals specifically iodine and iron.

Seaweed is one of the most nutritionally dense plant-food sources in the planet. It draws an extraordinary wealth of mineral elements from the sea. These minerals include iodine, sodium, calcium, magnesium, potassium, sulfur, iron, zinc, copper, selenium, manganese, riboflavin, pantothenic acid and phosphorus. They are made available through colloidal form which means they are small enough to be absorbed by the body easily.

Among all the edible creatures living in the water, seaweed has the largest proportion of iodine. It is also one of the richest plant sources of calcium.  Its calcium content is exceptionally higher than beef and broccoli.  Vitamins such as Vitamin A, B, C and E are also present in seaweed. Specifically, seaweed has high levels of folic acid or B9 which are important in preventing birth defects and other cardiovascular diseases. It is also one of the known non-meat source of vitamin B12 which helps in metabolizing fats for energy.

Seaweed is packed with high amounts of vitamins and minerals and has a lot of significant benefits to offer:

Seaweeds are frequently recommended because of their incredible health benefits. But because seaweeds can soak up all the beneficial nutrients in the water, it is possible that it can also absorb toxins such as mercury, arsenic and lead which can make them unsafe to eat. There are no studies yet that justify toxicity over seaweed consumption except from black algae known as hijicki. It has shown to possess high levels of heavy metals especially arsenic and mercury.  If you are hesitant to eat seaweeds because of possible heavy metal accumulation, you can always seek organic ones to make sure they are safe to consume and definitely avoid hijicki.

What Experts Say About Seaweed

Other Names for Seaweeds

All you ever wanted to know about Seaweed and Paleo

The Paleo Mom. Why Seaweed is Amazing!

Livestrong.com. What are the Health Benefits of Eating Seaweeds?