Is Fennel is Paleo? 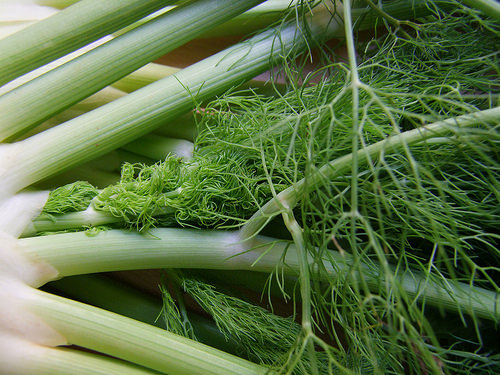 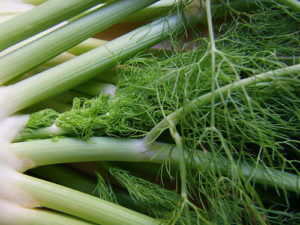 Highly prized for its licorice-like flavor (not the licorice taste of jellybeans, if you know what I mean…), fennel is a bulbous vegetable that belongs to the same family as parsley and carrot, the Umbelliferae family. This family includes most herbs and spices such as dill, anise, cumin and caraway.

Fennel has originated in the Mediterranean and is a staple in Greek and Italian cooking but is now starting to make its name widely known worldwide. It has a pale bulb made of overlapping layers of vegetable like cabbage  with long green stalks. The top of fennel looks very similar with that of dill and its taste is firm, crunchy, sweet and licorice and anise-like. The strong anise flavor of fennel comes from an aromatic compound known as anethole, which are also found in anise.

Most parts of the fennel are edible including the bulb, stalk, leaves and seeds and can add a wonderful blend of flavor to other food. Fennel is often used in salads, slaws, soups and other main dishes.

Long before it was introduced as ingredient to different cuisines, fennel has served many purposes.

Most plant-based foods are packed with vitamins, minerals and other amazing healthy compounds and fresh fennel is one of them. One of the most abundant nutrients in fennel is vitamin C. Fennel is also rich in B vitamins, manganese, phosphorus, potassium, copper, and folate. It is also a good source of calcium, pantothenic acid, magnesium, iron and niacin. Fennel also contains significant amounts of dietary fiber and beta carotenes lutein and zeaxanthin. Flavanoids like rutin and quercetin are also present in fennel.

Besides the power pack of nutrients that fennel contains it also provides a myriad of health benefits.

Moderate consumption of fennel doesn’t really pose any threat in the human body. But be careful of eating fennel seeds in excessive amounts because it can be neurotoxic and could possibly cause hallucinations and seizures.

Other Names for Fennel

What Experts Say About Fennel

“Revered for its unique licorice-like flavoring, fennel contains a unique blend of phytonutrients – including the flavonoids rutin, quercitin, and various kaempferol glycosides – that make it a powerful antioxidant.” – Mark Sisson

All you ever wanted to know about Fennel and Paleo

The Medical News Today. What are the health benefits of fennel?